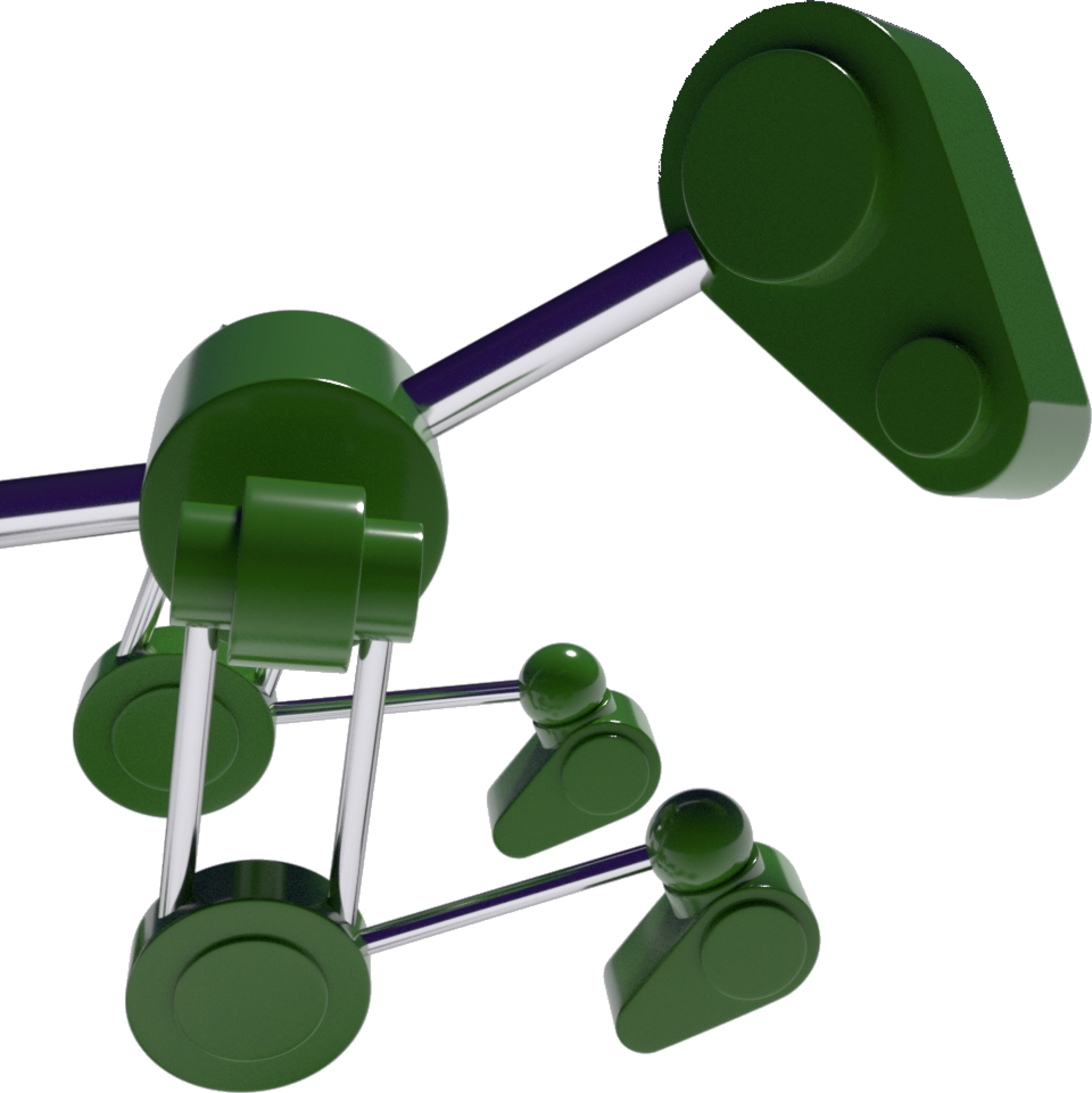 A static render of a 3D model is one thing, but animating it is something else. My goal in 3D design ultimately includes animation as well. This is a big thing in game design too. A 3D animation consists of at least three parts: making the 3D model, rigging the model and finally animating it. One day, I found myself wanting to experiment a bit with this subject, so I decided to make a robot dinosaur that slowly walks.

First off: making the 3D model.

Usually, when designing a static 3D, it only needs to look good on the outside. It doesn’t matter when parts are just barely holding together or when the inside of a leg, for example, intersects with the hip. When designing something that will eventually be animated, you can’t do those things. Everything needs to be placed in a way that it can rotate and move around its axis, without any errors.  This took some time to get used to, but because I made a robot, everything was really straight forward and clear. All of the joints were designed in such way, that it only could possibly move in a single direction. This prevented any mistakes later on.

In this step I already had to take the rigging in consideration, because the joints will be linked to the armature. Everything had to be symmetrical and logically placed, in order to make it look somewhat natural.

The materials I used in this model were quite easy to do. The big parts like the joints, the head and the body had to be a plastic looking green material and the connecting bones were supposed to look like metal rods. This came out quite realistic. 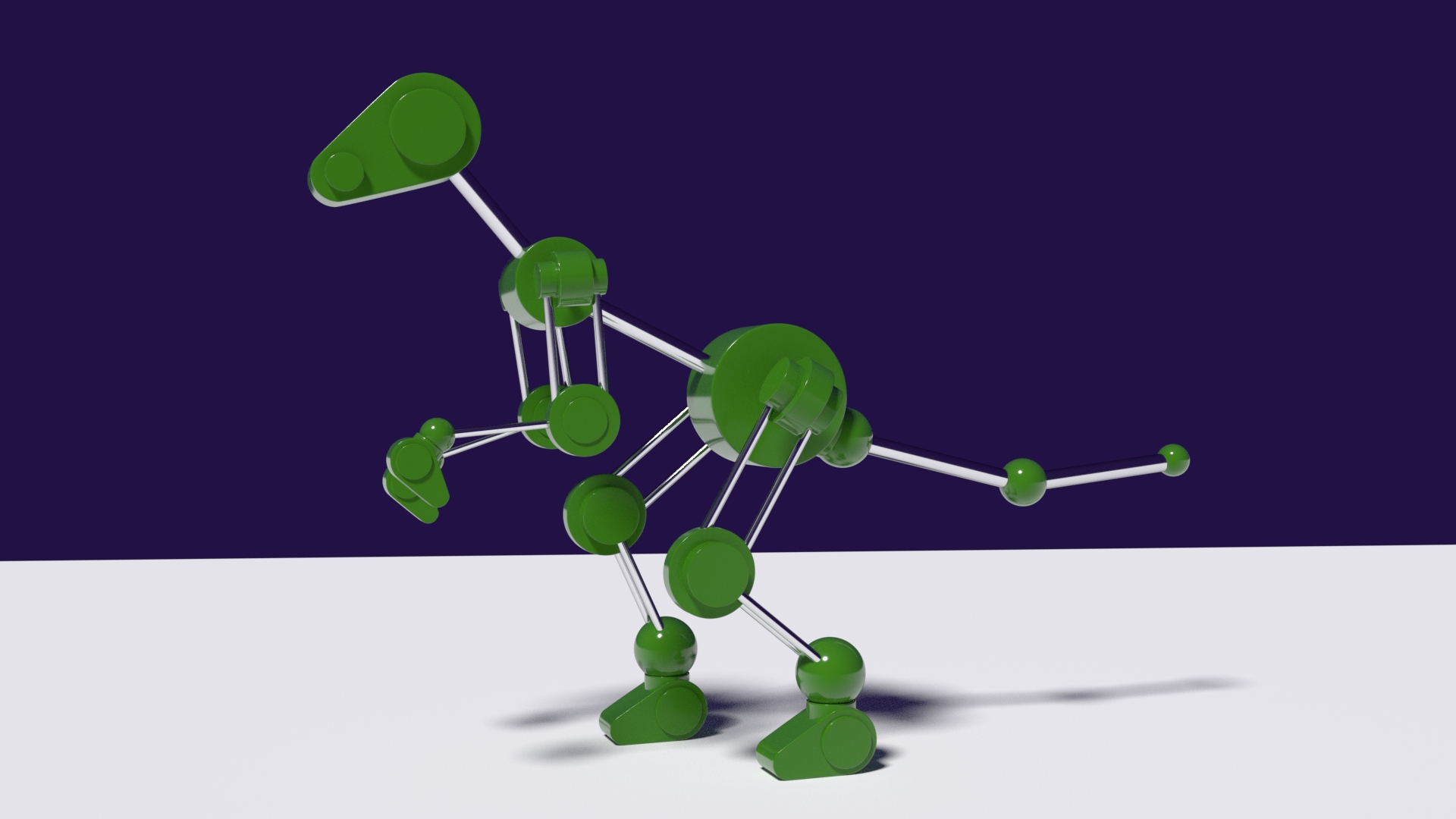 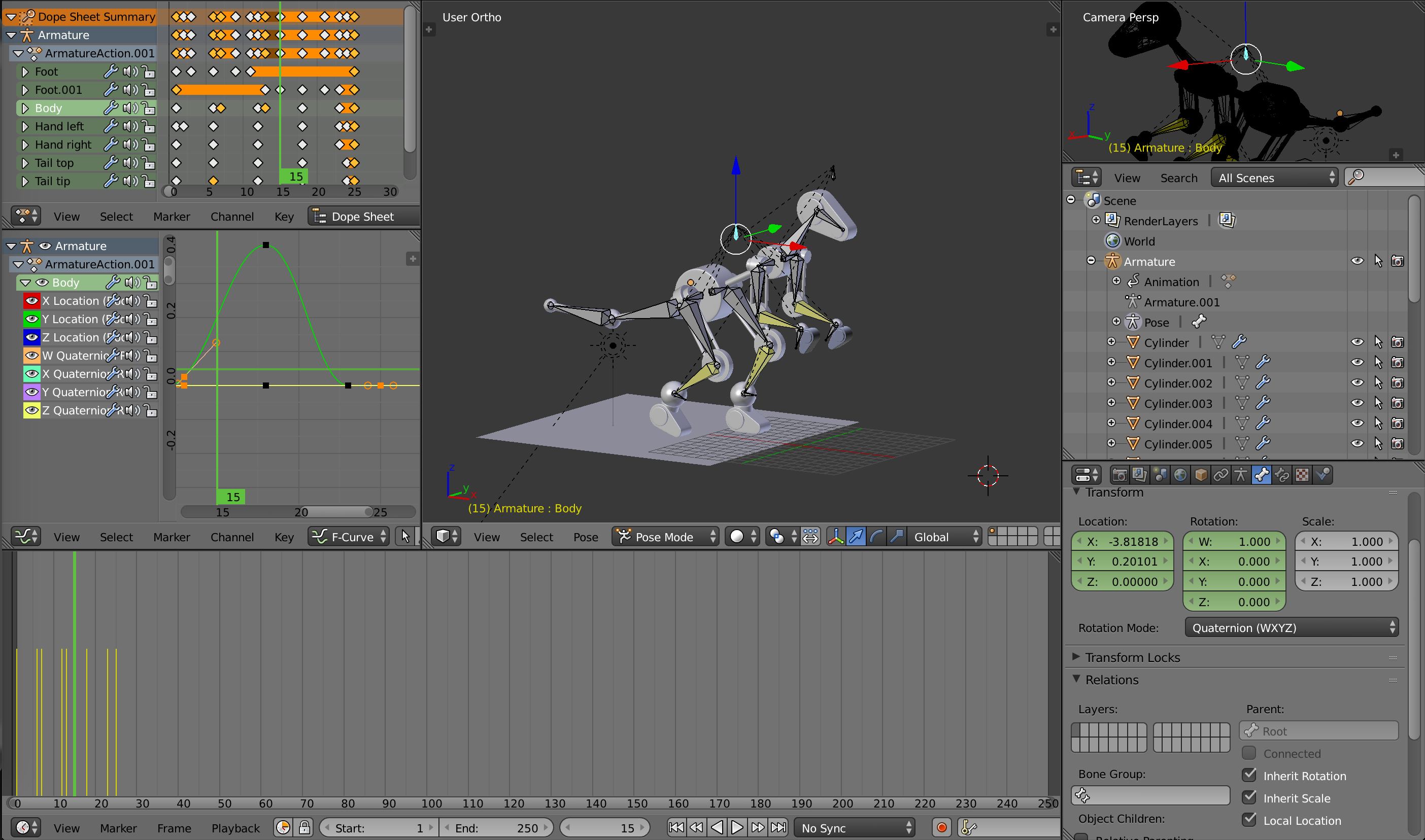 Before this, I never did any rigging. It took much longer as expected to do this because I had to look everything up. A lot of problems came up, like movement restriction and parenting, but eventually, everything worked out as intended.

I experienced rigging as really difficult, but also as a lot of fun. With every bone you add, the model comes to life more. Although that was very satisfying, every bone I added also made the armature more complex and harder to understand. At one point I completely lost track of what bone was whose parent and vice versa.

Outside of Blender, I did some animating before already, but that were 2D animations. 3D literally adds an extra level of complexity to animating. Even though it was really hard to do, it was a lot of fun to do. It gave life to my model and it felt like I was doing that could be used in professional game making as well.

The animation I made was that the robosaurus slowly walks across the plane. A walking animation is really hard to perfect, but I am happy with the result. The part that gave me the most trouble was the tail. It wiggles a bit during the walk, but it is prone to wiggling too much, or too less.

Right now, I am planning to extend the robosaurus’ movements by animating a turn, a growl, running and maybe a small jump too. This will probably be done in the next holidays because it takes a lot of time to do.

Kimo: the story of Es
Scroll to top