A game about overcoming social problems through life

During my exchange in Finland in 2017, I worked on a mobile game called All Downhill From Here. It is a level-based downhill runner with a unique feature. The controls change continuously during the game, to add an extra level of complexity. This feature really sets this game apart from all the other mobile (endless) runners.

The story of the game is something else too. The game follows the life of a little guy called Greg, who starts off as a toddler and ends as an elderly man in a wheelchair. During each level, one of his “problems” gets solved by racing down the hill as soon as possible. The problems range from being late for the coolest party of the year to forget to pay taxes at the end of the month. 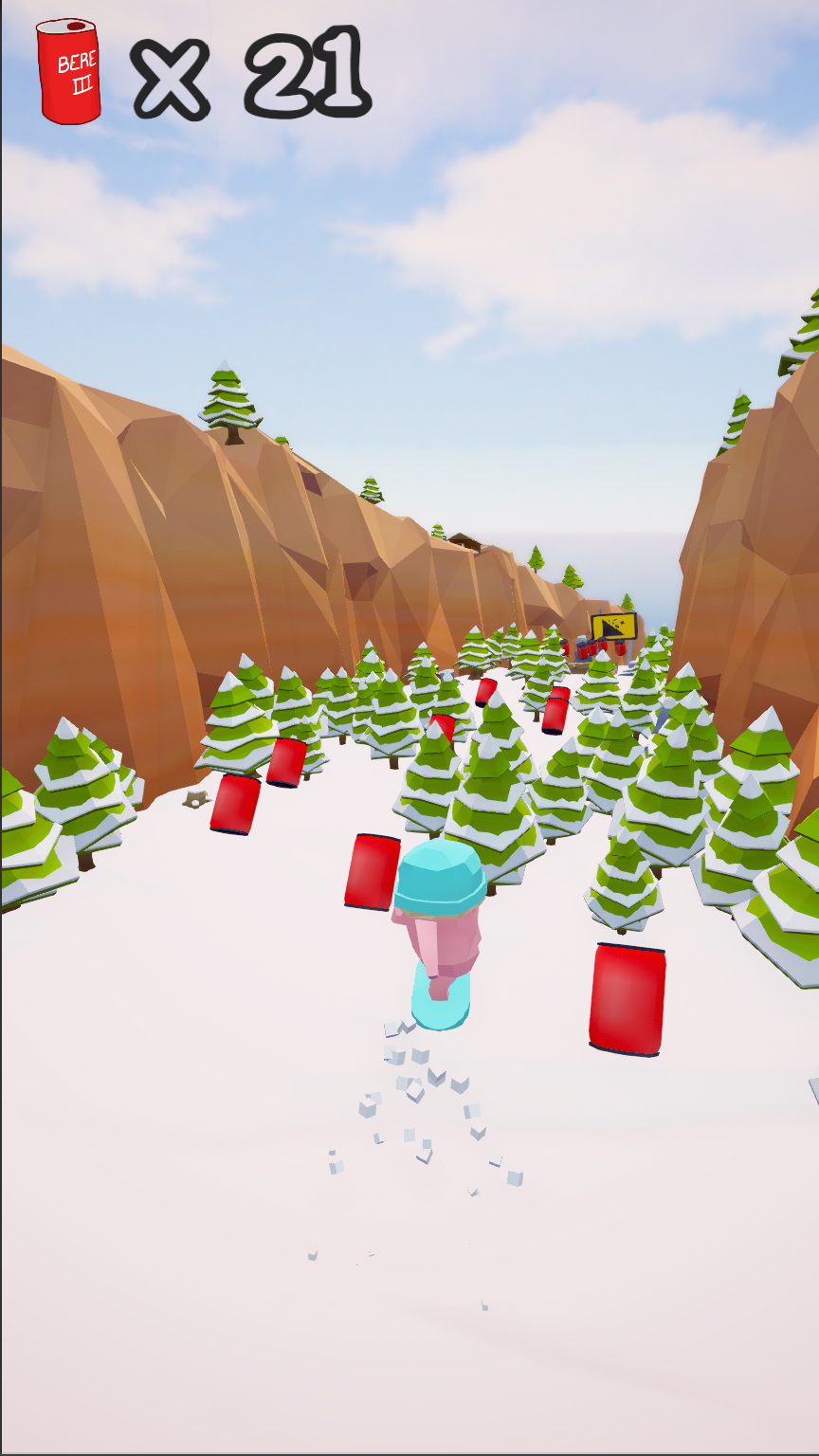 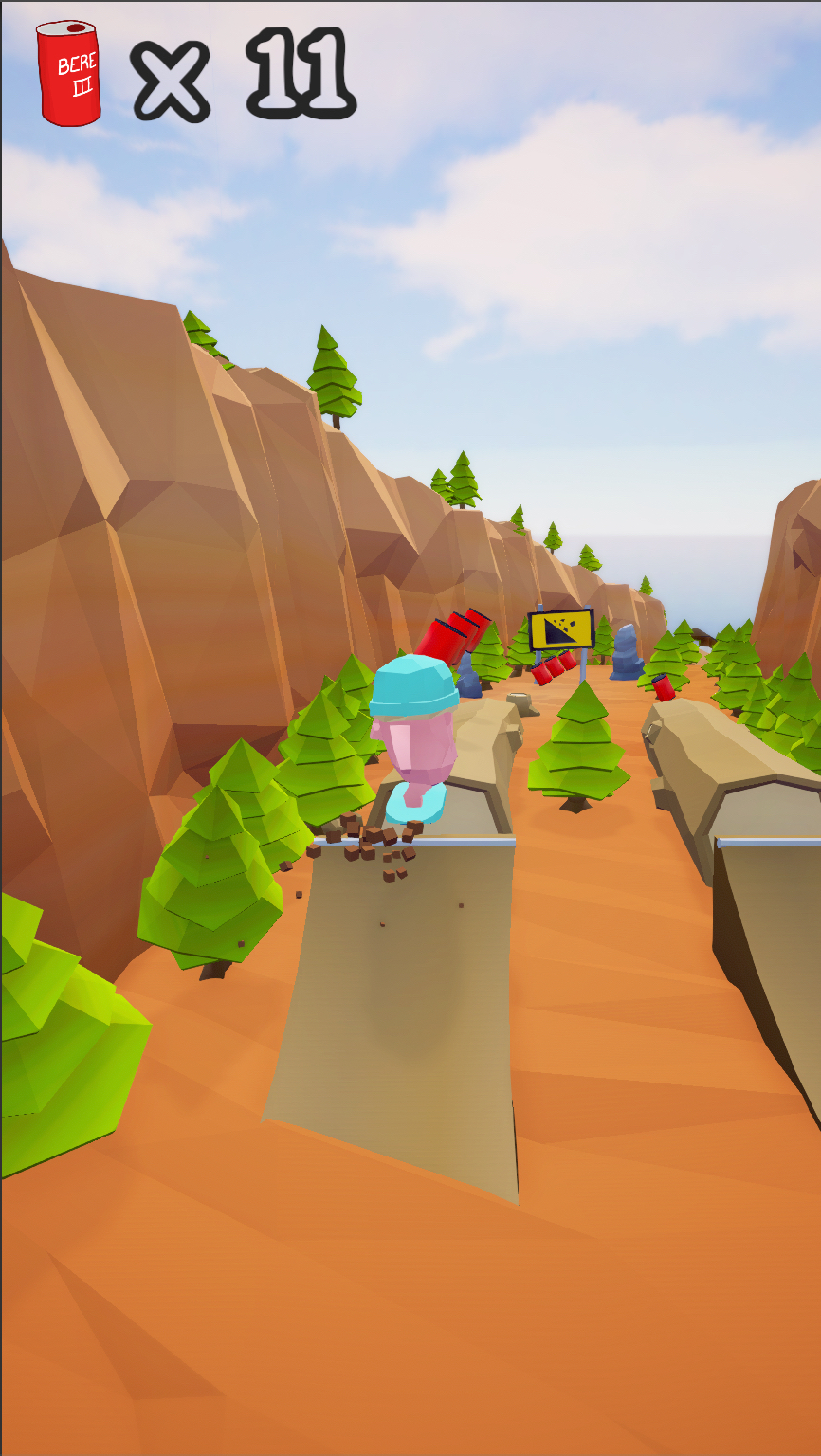 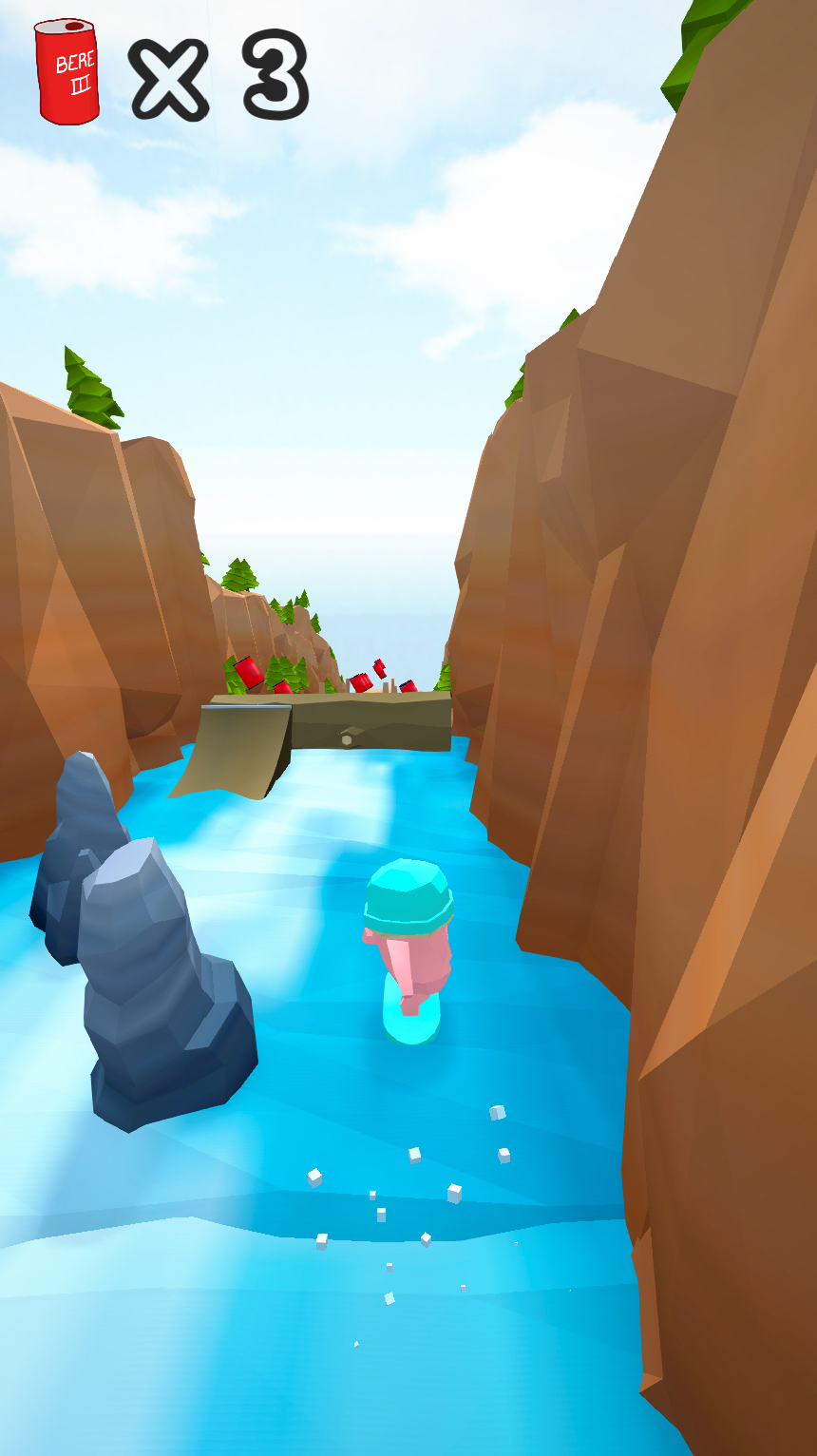 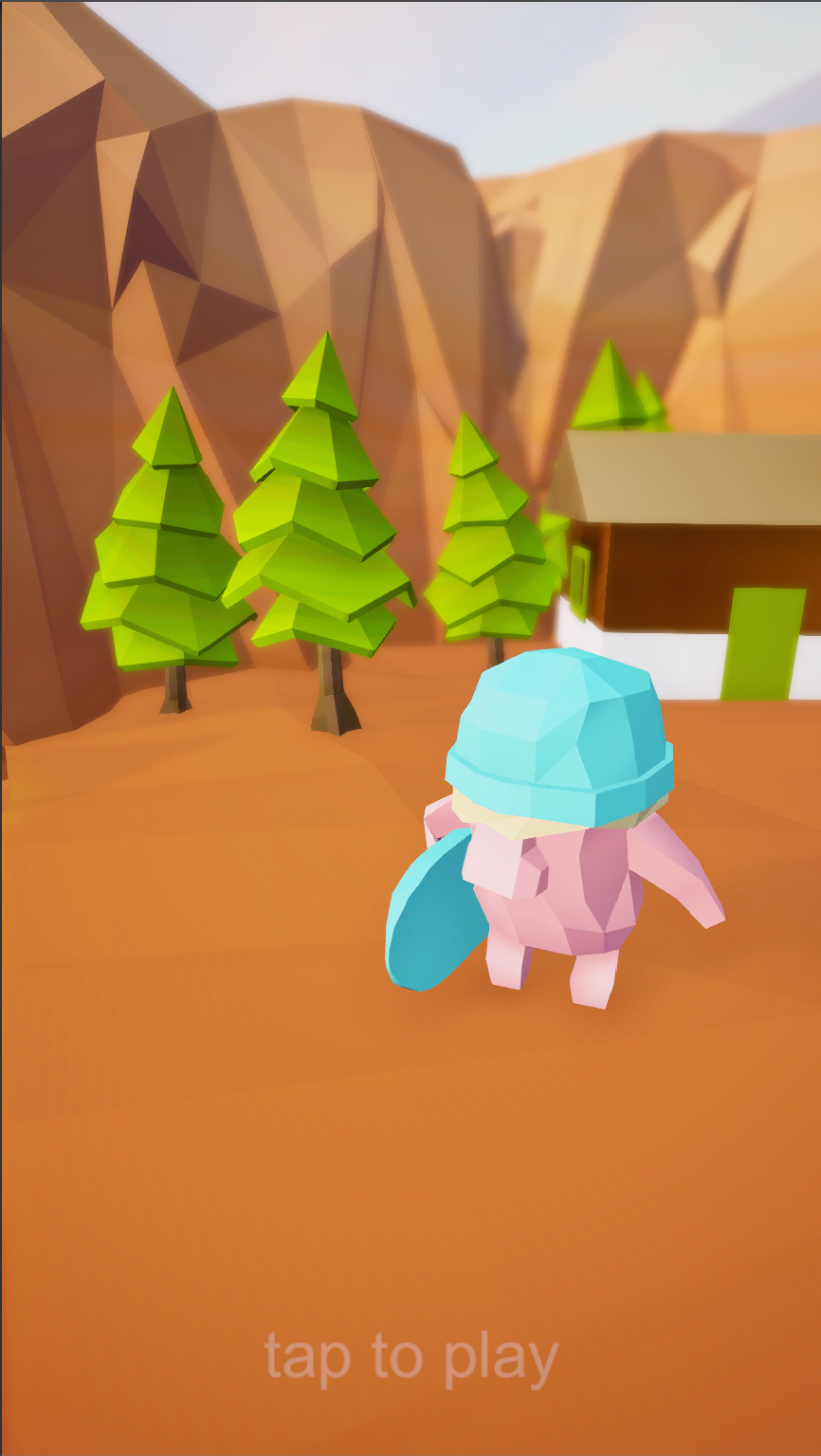 The game is not done by just me, I admittedly had a little help. My role in the project besides concepting was all the coding and the unity related stuff, including level design. I’m responsible for half of the 3D modelling and half of the UI. My choice for these roles was mainly because I wanted to improve in these areas, especially 3D modelling and coding.

The given assignment was to create any kind of game we wanted to, but it had to be finished within seven weeks. The hard part about this was that I was the only one with any experience in game design or programming.

The team consisted of four people. One person did the 2D animations and the music, someone else was responsible for the other half of the 3D modelling including the character and his animations and the fourth team member did the rest of the UI and the final report.

It all started with my wish to create an endless runner one day. Creating this system with all the obstacles and the controls always appealed to me. After brainstorming about this idea we got a pretty clear concept really quick, and because of the time pressure, we immediately started creating the first prototype. I started doing the code for the game. The first prototype was just a block sliding down a plane, but it already had the control switching based on the floor. We tried this with some static obstacles and at first, it was really hard to switch, but after a few tries we got used to it and really liked it.

After the controls, I started doing the object pooling to optimize the performance for mobile. This was really hard, but I got it to work. In the meanwhile, I also made 3d models of some of the obstacles that were added to the game. These were my first usable 3d models and they turned out really well, all in style with what we had in mind for the game.

In the next few weeks, I worked on adding more functionality to the game, like obstacle collision, high scores, collectables and sound. My team also delivered their assets like the animated player, 2d cutscenes, the foley sounds and the soundtrack, some UI elements,  and their 3d models. When all of this was combined into the Unity project, it was time for the level design.

The level design is something that I really enjoyed. I could be really creative in the way I wanted the player to move through the level and besides that, the game also finally got to look like a real game. Adding a custom vertex shader really made the game feel more like a downhill runner because this shader bent the world on the horizontal al vertical axis. 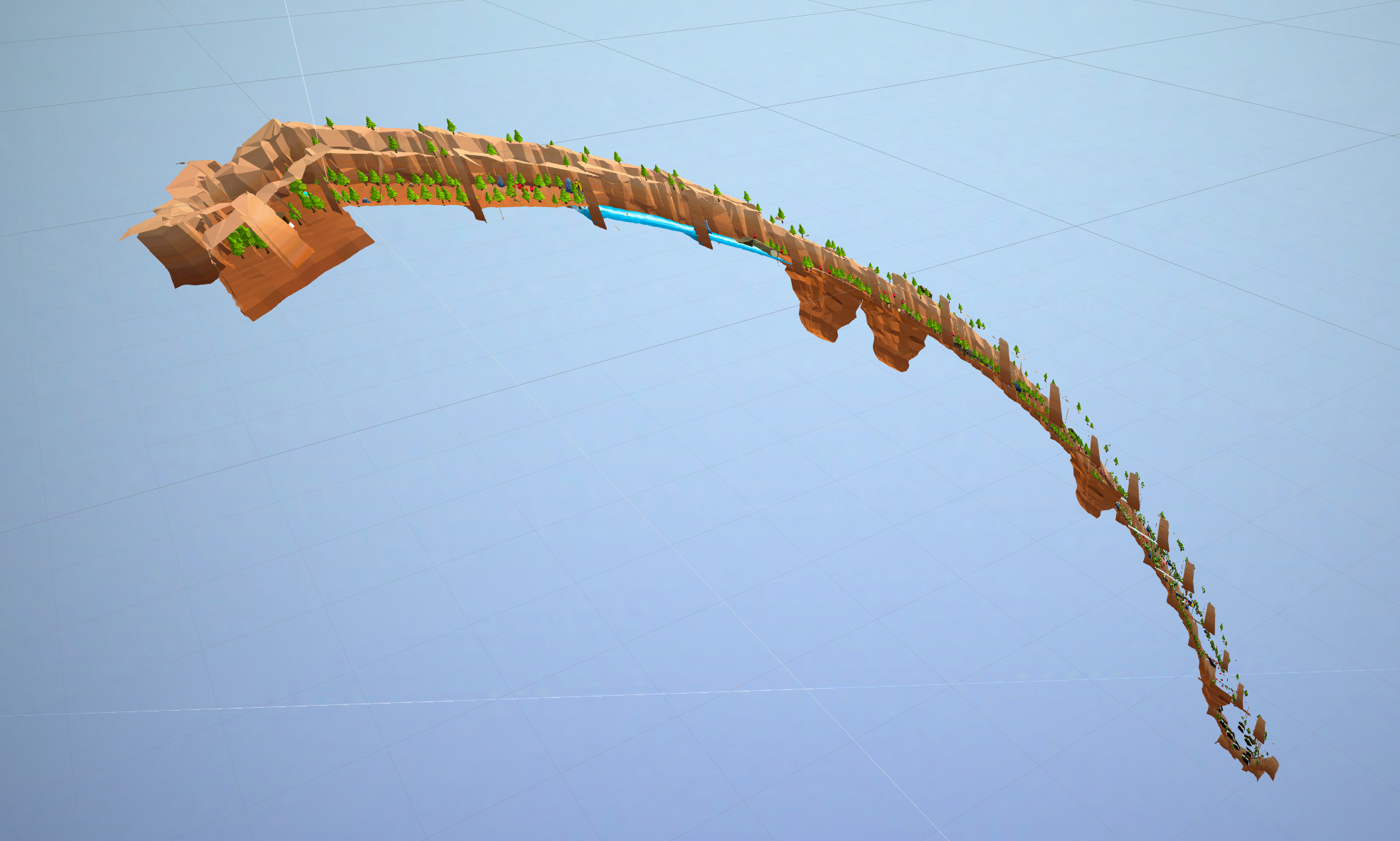 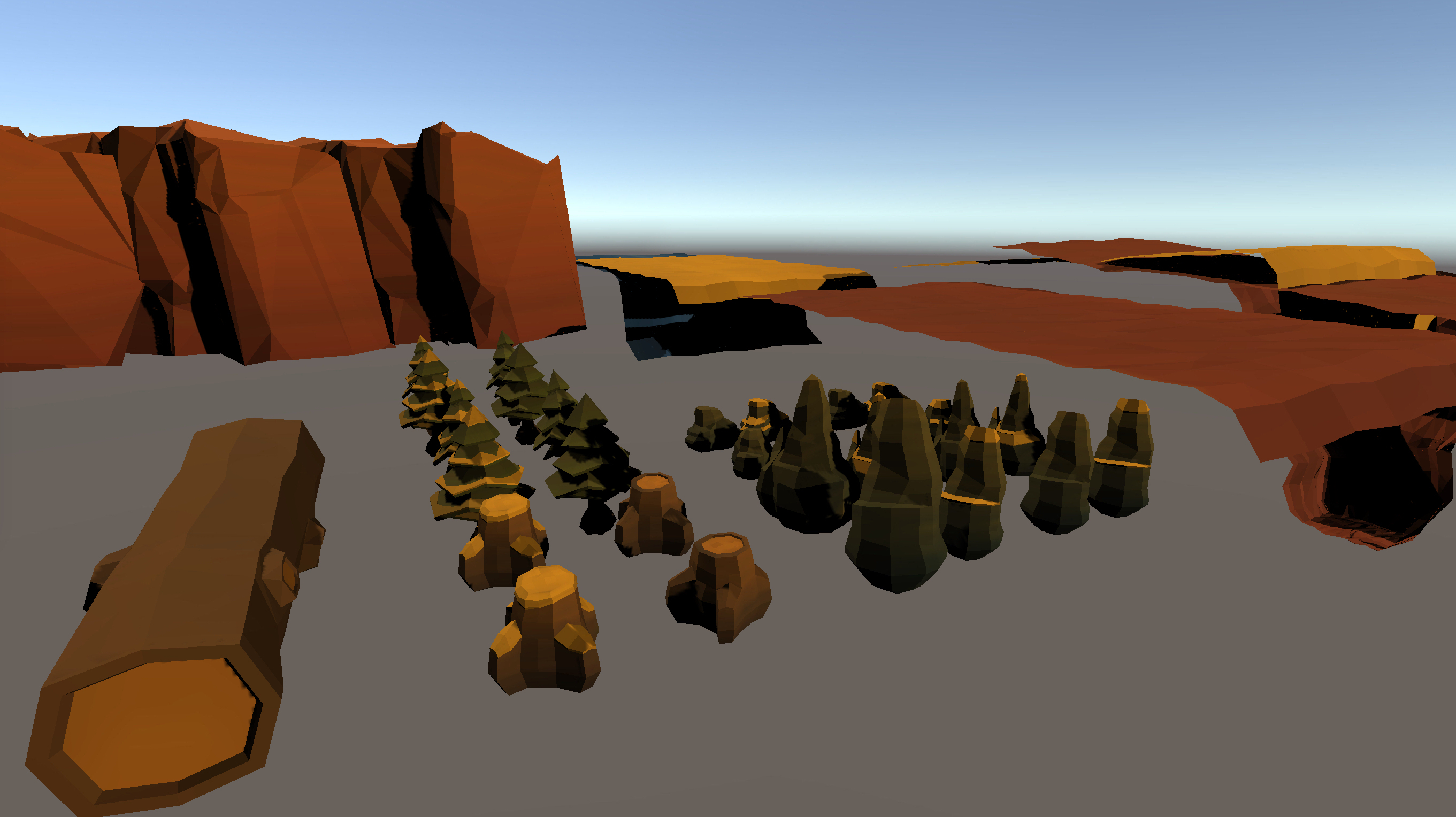 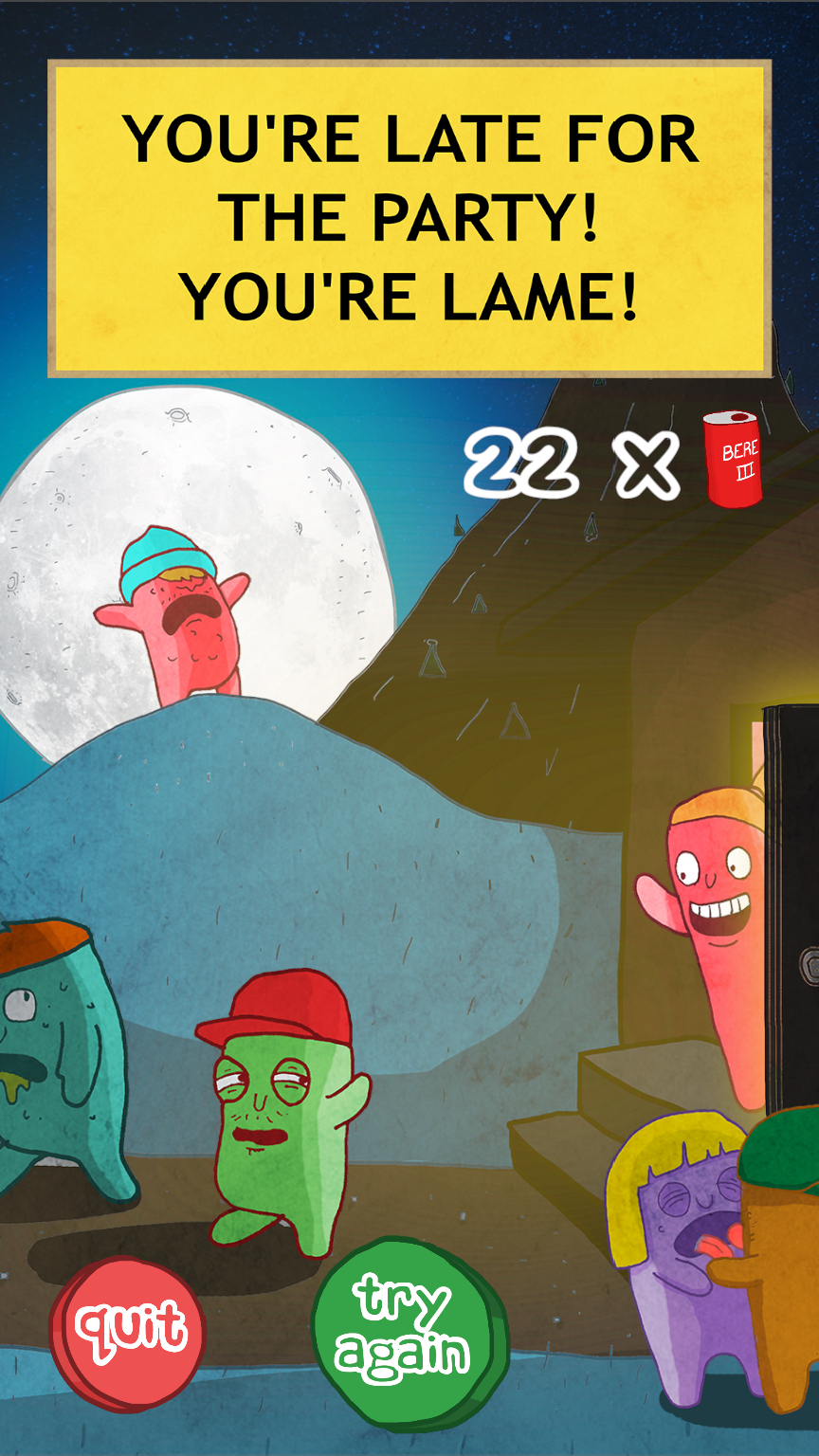 The last two days of the project were really stressful because we got many new bugs and building it to mobile did not work correctly. This prevented me to add any post-processing, what really bothers me since it was something I hoped to learn with this project.

I am really happy with the result. I’m proud of what could to with the time at hand and I learned a lot. The next time I would like to organize the team better since I did more than 60% of the work. I’m not content with the consistency in the 3d style since people with different skill levels and different ideas of how it should look made them. I like the style I worked in, but many of the other 3d models were not good enough in my opinion. The next time I want to start with agreeing on a style and sticking to it. In case somebody’s work is not in line with this, I will tell them. This was more difficult to do since we did not agree on a certain style.

In a future project, I would like the team to use the same software as well. This time, we worked in both Blender and Cinema4D and this unnecessarily complicated the process.

All Downhill From Here is the first game I made, that really feels like more than just a prototype. I like to refer to it as a proper demo. All the elements are there, it is just a little bit buggy. The game is really stable on Android, but not on iOS. The game Android version is downloadable at the bottom of this page. Menu
Kimo: the story of Es